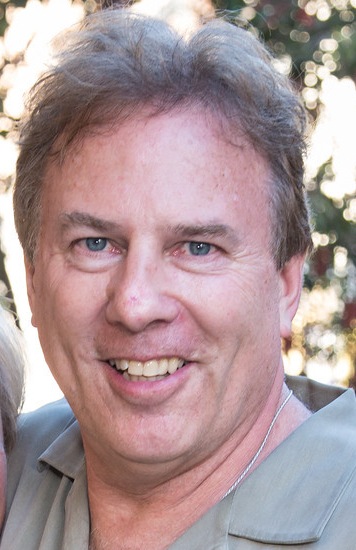 A more than four decade-long telecommunications, technology, entertainment, and media industry veteran, Mr. Schaeffler began his professional career with ABC Sports, during the 1972 Munich Olympics. In Germany, he worked daily alongside the late and much-respected Roone Arledge and Peter Jennings, as well as the renowned commentators, the late Frank Gifford and the late Jim McKay. This was the first of a great many legal-, production-, and content distribution-related events or ventures undertaken by Mr. Schaeffler, right up to this very week.

Building on that foundation, Mr. Schaeffler became a producer, executive, and attorney with ABC Sports, working at the Innsbruck, Montreal, and Lake Placid Olympic Games, and up to the 1984 Games in Sarajevo.

For 1976-78, Mr. Schaeffler worked as an account executive for Mark McCormack’s International Management Group (IMG) in New York City, focusing on the skiing and bicycling sports. During 1986-90, Mr. Schaeffler was the Assistant General Counsel for the U.S. Olympic Committee (USOC), in Colorado Springs, CO, and afterwards served in Aspen, CO, as the vice president and general counsel of the Aspen, CO-based Adventure World Productions and Ashcroft Ski Touring.

More recently, Mr. Schaeffler was the Direct Broadcast Satellite (DBS) analyst for Paul Kagan Associates, in Carmel, CA. As the company’s DBS expert during 1992-1995, Mr. Schaeffler was the principal author, researcher, and analyst for the monthly Kagan DBS newsletter, DBS Report, and the sole researcher and author for the inaugural edition of what was then the industry’s premier data book, The State of DBS.

His most recent in-house company publications under the umbrella of The Carmel Group and of public exposition, include “2002 DBS North America, Trends, Analysis, Projections,” a 319-page, 132-chart treatise, where he served as its publisher, editor, and principal author; as well as that of “DVRs 2006: Time In A Magical Box”; “Unlocking Cable’s True Potential: A Guide To Revenue Growth In An Age of Piracy”; and “DVRs 2007: Time In A Magical Box”; plus, hundreds of published trade and magazine articles he has written during the past 20+ years, a huge core of them satellite, cable, broadcast, and Over-the-Top (OTT)/broadband/streaming media centric (to view samples, Google “Jimmy Schaeffler”).

In April 2008, Mr. Schaeffler published his first 275+ page book for the National Association of Broadcasters (NAB), as part of the Focal Press Executive Technology Briefing series, called Digital Signage — Software, Networks, Advertising, and Displays: A Primer for Understanding the Business. An additional book by Focal Press about Digital Video Recorders was also published in mid 2009, titled, DVRs: Changing Advertising and TV Forever. Both books may be accessed via the website: http://www.amazon.com/s/ref=nb_sb_noss?url=search-alias%3Daps&field-keywords=Jimmy+schaeffler&x=0&y=0. Furthermore, videos discussing each book can be accessed on YouTube at: http://www.youtube.com/watch?v=deVf3IAWAkkhttp://www.youtube.com/watch?v=mv1YMXtEQds. His most current project includes a 2018 book of similar length and number of graphics, for publisher Taylor & Francis, entitled The Internet of Things Becomes the Internet of Life.

Because of his well-known expertise in the delivery of content via satellite, Mr. Schaeffler was also asked by the industry’s pre-eminent technologist, the much-respected telecom engineer, D.K. Sachdev, to be the lead co-author of the all-important chapter in the American Institute of Aeronautics and Astronautics’s publication, “Success Stories In Satellite Systems.” The title of this chapter, including a key graphic, was The DBS Dimension: How DBS Success Was Achieved.

Mr. Schaeffler has done surveys of nearly 1,000 small-to-mid-sized U.S. cable operators, collecting and analyzing that data for a study/report delivered by the American Cable Association (ACA) on its behalf to the Federal Communications Commission (FCC) in 2002 (See, http://apps.fcc.gov/ecfs/document/view;jsessionid=Sx3QSLLSgzsDyyRSjQMhT1zLp2LrlyhvpNQxDFYWvjXzyyMtXRz3!-1469015862!-528136363?id=6516285346).

Additionally, in 2007, the NAB commissioned Mr. Schaeffler to research and prepare an 11-page critique and charts opposing the Sirius acquisition of XM satellite radio, which was presented to staff members of the U.S. Congress, to assist their understanding and analysis of the then proposed duopoly-to-monopoly merger.

Mr. Schaeffler is also currently completing a private study for the country’s top fixed wireless content service providers, aimed at delivering them key data that will provide greater opportunities to grow their businesses, especially in the form of data that is particularly relevant to financiers and policymakers. This study involved 30 two-hour interviews with key Broadband Wireless Access Providers, as well as two 80+ question surveys of 169 of 555 BWA operators and dozens out of 44 BWA vendors. The first Report from this series, entitled Ready For Takeoff: BWA Providers Prepare To Soar With Fixed Wireless/The BWA Industry Report 2017, was published on March 17, 2017. It can be accessed by all, at the Publications page of The Carmel Group, at www.carmelgroup.com.

Mr. Schaeffler has also been asked often to assist, in-person, overseas-based clients, including TV-related entities such as NTT, DirecTV Japan, and SkyPerfect TV in Japan; South Africa-based Irdeto in China and The Netherlands; a Hannover Fairs Satellite Conference in Hyderabad, India, and Hannover, Germany, and Istanbul, Turkey; and the globally-dominant fixed satellite services (FSS) provider, SES, in Luxembourg.

As further evidence of his versatility and range within the media, technology, entertainment, and telecommunications spheres, in late 2013, Mr. Schaeffler delivered the keynote luncheon address, entitled “The Future of Video Distribution: Are You In, Or Out?” before 600 attendees at the 2013 Wireless Service Providers Assn. (WISP) annual convention in Las Vegas, NV. As noted above, he is currently completing the commission of a wireless infrastructure and content survey and report (similar to that above done for the ACA), set for completion in 2018. Most recently, Mr. Schaeffler authored a critical white paper for IBM, entitled The Top 10 Keys for Using Data Analytics to Drive Profit in the Media & Entertainment Industry, set for publication in Broadcasting & Cable and Multichannel News magazines,” in October of 2015.

Mr. Schaeffler is regularly consulted and his positions are quoted in publications such as The Wall Street Journal, Time, TheStreeet.com, The New York Post, The Financial Times, Bloomberg/Business Week, Reuters, The New York Times, USA Today, Investor’s Business Daily, and The Los Angeles Times, for example. He has regularly contributed articles to and been quoted by key trade journals such as Fierce Cable, TWICE, Via Satellite, Satellite News, and Private Broadband. Mr. Schaeffler also currently writes a semi-regular column, titled “Mixed Signals,” for the # 1 pay TV and telecom industry trade publication, Multichannel News.

Furthermore, he is either now active on or has been on the editorial boards of Private Broadband magazine, the satellite industry trade and service groups, the Satellite Broadcasting & Communications Assn. (SBCA), and the Independent Multifamily Communications Council (IMCC), as well as the advisory board of the Wall Street satellite financial investment company, Near Earth LLC.

Mr. Schaeffler is also an accomplished speaker, preparing and speaking regularly at keynotes and on panels at industry tradeshows, such as the NAB Futures Summit, The NAB Show, The INTX/Cable Show, Automechanika, Connected Mobility: The Future of Transportation, CES, IBC, and WISPAPALOOZA, for example. In early March 2017, Mr. Schaeffler delivered his speaking and moderating assets to the Denver Chapter of the Society of Cable Technicians and Engineers (SCTE), for its final plenary session involving Arris, Corning, and Ruckus Wireless as participants discussing the Internet of Things, 5G, and Cyber-security in the cable and greater pay TV industries.

Mr. Schaeffler holds a Bachelor of Arts degree (with high honors) from the University of California at Berkeley. He also speaks reasonably-fluent German (having lived in Bavaria and having studied several terms at Germany’s famed Goethe Institute for almost a year). He holds a doctor of jurisprudence degree from the University of the Pacific, McGeorge School of Law, where he served as a staff member of and writer for the Owen’s Civil Law Project and the prestigious Pacific Law Journal.

Prior to leaving the active practice of law (to launch The Carmel Group in 1995), Mr. Schaeffler held active law licenses in California, Minnesota, Colorado, Washington, DC, and before the United States Supreme Court. He has been a member of the California Bar since 1991.

Mr. Schaeffler also served both as a judge pro tem and a deputy district attorney for the county of Monterey, CA, in the 1990-1995 timeframe.

These areas of expertise above are frequently practiced via:

The Carmel Group’s litigation consulting and expert witness experience dates back almost two decades, to our initial breach of contract damages analysis conducted for a large pan-Asian telecommunications concern, located in Malaysia, in the mid-1990s. The Carmel Group’s data was instrumental in allowing that client to reach a significant high multi-score million dollar settlement, at the higher end of the range the client expected. Since that date, The Carmel Group has been involved in numerous cases, large and small, on the national and international levels, typically focusing on projections and forecasts, as well as actual estimates of industry overviews, revenues, standards, customs, costs, models, and profits. He has more than once been called upon to set standards in the industry as to what would be termed “commercially reasonable” in a business and consumer context.

As an example, The Carmel Group was employed in 2004 and named in trial by TiVo’s counsel, Irell Manella, in the now rather famous/infamous TiVo vs. EchoStar patent infringement trial that, concluded in TiVo’s favor in mid-March 2006, and again in 2011. The Carmel Group’s data and financial damages analysis was a critical element behind the jury’s $70+ million verdict, and many later parts of the litigation, as well.

Recognizing the importance of discretion in today’s hyper-competitive landscape, The Carmel Group places a high premium on our clients’ privacy, identity and, of course, confidentiality.

The Carmel Group’s and Mr. Schaeffler’s client experience, nonetheless, within the public domain, includes, as a snap-shot, these twelve federal and state court cases below (seven of which involved breach of contract and related business and consumer contract and tort claims):

Similarly, Mr. Schaeffler also served as expert outside counsel and witness to The Asian Network Entertainment (TANE) and the Korean Christian Broadcasting Channel.