Buying a billboard operator would seem anachronistic move for a global cloud power such as Netflix. Large urban signage is already a part of Reed Hasting’s playbook, but is it where Netflix should invest hundreds of millions? 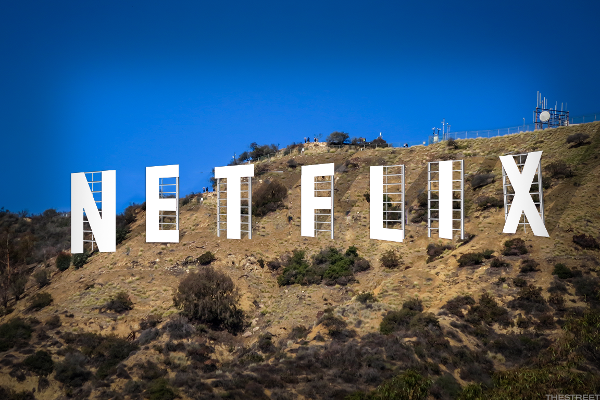 Netflix Inc.’s (NFLX) reported interest in Los Angeles billboard company Regency Outdoor Advertising may seem anachronistic for a company that has spread its video service throughout the globe by selling digital 1s and 0s over the cloud.

Signs are as “old media” as it gets. Yet Reed Hasting’s company has considered a $300 million offer for Regency Outdoor Advertising, according to Reuters. The companies did not respond to queries.

“My gut reaction is the old adage ‘stick to what you do well’ and that’s not what Netflix does well,” said Jimmy Schaeffler, Chairman and Chief Service Officer of telecom, media and entertainment consultancy The Carmel Group, acknowledging that there could be internal analysis that justifies such an investment.

Buying Regency could have two benefits, Wells Fargo Securities LLC analyst Marci Ryvicker observed in a Friday note. “[Netflix] is likely to save money on all the billboard marketing it is doing in LA – and be able to advertise 24x7x365,” she wrote.

Outdoor advertising has been the province of companies such as Lamar Advertising Company (LAMR), Outfront Media Inc. (OUT) and Clear Channel Outdoor Holdings Inc. (CCO) .

The entry of FANG companies into the outdoor market is likely to drive up multiples, making acquisitions more difficult and expensive–at least in the larger markets.

“Recall that [Lamar] had discussed its interest in Regency a while back but has since dropped out of the bidding process given the apparently rich valuation,” Ryvicker noted. Given that Lamar paid 12.5 times Ebitda for properties it bought from Clear Channel Outdoor in 2016, she suggested, the multiple for Regency could be “well into double digits.”

Billboards already have an emerging role in Netflix’s marketing plans. Remember that last year the company’s prominent “Netflix Is A Joke” billboards in New York and Los Angeles raised questions and eyebrows, before the news emerged that Netflix commissioned the signs to promote its push into comedy.

“It’s important to the [marketing and promotion] end game and maybe they will be able to do what they’ve done innovatively in the pay-tv video business, but pay-tv video is a lot different than the billboard industry,” Schaeffler added. “I would think they’d do better to put $300 million into another ‘House of Cards,’ another really amazing piece of content with amazing talent, amazing writers, amazing scripting, producers and directors and really getting the buzz and growing their worldwide base.”