Skip to content
The Carmel Group > Publications > Blog > In the News > Why Does the Cable-TV Bundle Exist Anyway?

Selling packets of channels to subscribers once made sense, but not so much anymore 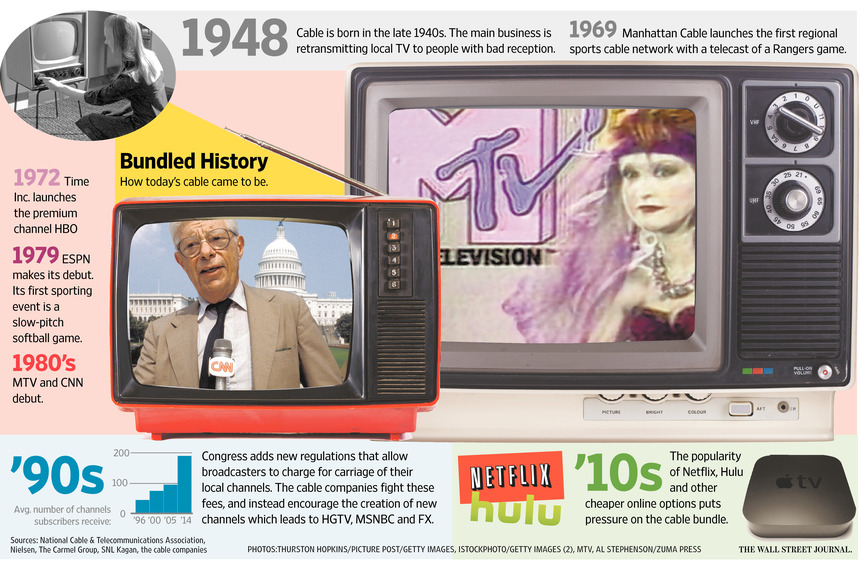 For four decades, the number of channels on the cable-TV dial has risen with seemingly unstoppable momentum, bringing consumers more choices than ever before.

Sounds great, except most people don’t want to pay for all 189 channels they typically get.

Bundling scores of networks together has endured in large part because the programmers and distributors both made huge profits from new channels, rising numbers of subscribers and steadily higher cable bills. Plus, until recently, it would have been a logistical nightmare for distributors to sell channels individually.

Now, pushback is building that could finally break the bundle. Pay-TV subscriptions have peaked in the U.S., and viewers have alternatives through Internet services such as, drawing a lawsuit from ESPN in the process. And networks including HBO and CBS are now selling their content directly to consumers without requiring a subscription to a distributor’s big bundle.

Customers “don’t want to be paying these huge cable bills for a lot of channels they aren’t watching,” said CBS Corp. Chief Executive Leslie Moonves at the Milken Global Conference in April.

The typical pay-TV subscriber watches only 17 channels regularly, according to a Nielsen report from last year. That is a big reason why a new generation of viewers are finding online alternatives to avoid paying the average $74 a month it costs for cable. That basic bundle has expanded to more than 100 channels on average, according to SNL Kagan, and is required for consumers to then add on premium networks like HBO or Showtime or specialty services like NFL Network.

So why does the bundle exist in the first place? It started with John Walson, often credited as the father of the cable industry, charging $2 for three local broadcast channels in 1948 in suburban Philadelphia. Almost simultaneously, cable systems popped up in Arkansas and Oregon.

For cable’s first three decades, its primary purpose was retransmitting broadcast channels to rural areas. By the late 1970s, that need was met and cable operators started investing in original programming to boost subscriptions as satellite technology allowed for mass distribution of a cable network.

“We had to invent more content to deliver,” recalled Gus Hauser, who was chairman of Warner Communications, the cable company that launched Nickelodeon in 1979 and MTV in 1981. “Once there was something to sell, the cable industry developed.”

At the time, the idea of selling channels individually didn’t enter the equation. Tailoring packages of channels to customers was technologically challenging, and the costs and management of billing were seen as prohibitive. 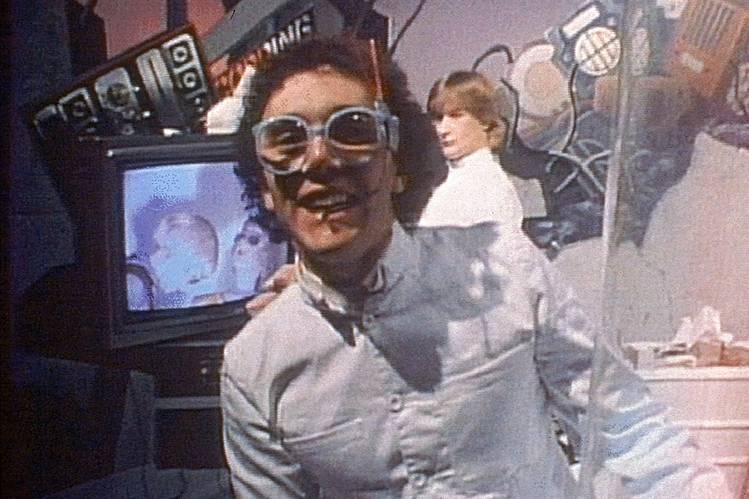 ENLARGE
The Buggles’ “Video Killed the Radio Star” in 1981 was the first music video on MTV. PHOTO: MTV

“Back then the rates were reasonable and you could bundle all these things. It was a bargain for the subscriber,” said H.F. “Gerry” Lenfest, who ran cable systems in the 1970s and 1980s and is now owner and publisher of the Philadelphia Inquirer. By the 1980s, the typical cable bill was around $15 a month and popular channels included ESPN, TBS, USA and CNN.

Bundling really took off in the 1990s, when the number of channels exploded in large part because of new government regulations. When the 1992 Cable Act allowed broadcasters to charge distributors to carry their signals, many distributors balked at paying for previously free over-the-air signals. Instead, distributors such as John Malone’s old Tele-Communications Inc. encouraged broadcasters to launch cable channels. Distributors would then pay fees for the new cable channels and continue to carry local TV stations.

That led to the creation of networks like ESPN2 by ABC, FX by Fox and MSNBC by NBC, but also gave power to the broadcasters: Each time a deal was up for renewal, broadcasters would create a new channel.

With that, Disney, Viacom and NBC were able to persuade distributors to carry less-popular channels along with their strong networks. If you wanted one, you typically had to get them all.

“The history of the pay-TV bundle is the history of a forced private subsidization imposed upon the American public by America’s largest programmers,” said Jimmy Schaeffler, chairman of the Carmel Group, an industry consulting firm.

Programmers argue the bundle keeps lots of channels afloat that otherwise would have a hard time surviving.

Peter Rice, chairman of the Fox Networks Group, said at the Milken conference in April that the relationship between distributor and viewer will become a “much more one-to-one world.” However, he warned, “it’s going to be a bumpy transition.”

Indeed, legal battles over how content is sold have broken out between ESPN and Verizon FiOS as well as Cablevision Systems Corp. and Viacom.

ESPN is angered by Verizon’s new offering, which doesn’t necessarily include ESPN in the core package. Verizon instead is lumping ESPN and ESPN2 in a separate sports tier, which ESPN says is a violation of its contract with Verizon. Verizon disputes that and says ESPN is “suing consumers to force them into a one-size fits all bundle.”

ESPN may have the most money to lose from any fraying of the bundle. ESPN, which is distributed in 95 million homes, costs TV subscribers more than $6 a month—the most in the industry, according to SNL Kagan.

Cablevision’s legal beef with Viacom also has to do with how channels are packaged. Cablevision claims Viacom forced it to pay for less-popular channels in return for carriage of MTV, Nickelodeon and other successful networks. Viacom said the suit has no merit.

Patrick Parsons, a professor at Pennsylvania State University’s College of Communications, thinks fights over the bundle will soon be akin to “debates about whether there should be headlights on buggies,” given how fast the means of media consumption is changing.

“The technology of Internet-delivered TV programming is swamping the argument of whether cable operators ought to bundle or unbundle their cable channels,” he said.

Write to Joe Flint at joe.flint@wsj.com