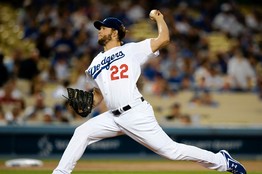 The price to carry the Dodgers-owned channel kept many pay-television distributors from adding it to their lineups. Photo: The Orange County Register/Zuma Press

The Los Angeles Dodgers were on fire this season, winning their division, and are strong contenders to make it to the World Series.

But most of the baseball club’s fans couldn’t catch any of the regular season excitement on television. That’s because SportsNet LA, the new Dodgers-owned channel that carried nearly all of the team’s games, was available in less than one-third of the Los Angeles market.

Time Warner Cable Inc., which, according to a valuation by the Dodgers and Major League Baseball, agreed to a 25-year, $8.35 billion deal to manage the channel, failed to get it carried by any other major distributors.

The high price tag to carry Sports Net LA puts it among the most expensive regional sports networks in the country at a time when distributors are trying to lower content costs.

Now, pay-TV distributors are hoping the Dodgers fiasco will be a turning point in a wider industry debate over sports programming costs. Cable and satellite-TV providers blame sports fees, which have been rising for two decades, for causing bills to skyrocket and giving consumers a reason to “cut the cord.”

While national channels like Walt Disney Co.’s ESPN play a big role, regional networks with a narrow focus—in some cases on individual teams— have been proliferating and charging steep prices for carriage, critics say.

In the first season, Time Warner Cable sought monthly fees for SportsNet LA that went over $4 per subscriber in some cases. Those fees would continue to rise dramatically in future years, according to people involved in the talks.

Time Warner Cable says it has priced the channel fairly, and accuses other distributors of hypocrisy, because many also own sports channels and charge high prices.

Sports accounts for about 20% of all programming expenses for distributors, according to research firm SNL Kagan. The majority of those costs are passed on to consumers. In Los Angeles, there are seven different regional sports networks whose wholesale cost to distributors is around $20 a month, said Chris Bevilacqua, a principal in Bevilacqua Helfant Ventures, a sports media consulting firm.

“We’ve been approaching a tipping point in sports programming costs for years and the Los Angeles market has sent a strong message that we’ve reached it,” said Andy Albert, senior vice president of content acquisition at Cox Communications, one of the distributors that declined to carry SportsNet LA.

Los Angeles isn’t the only city enduring a sports blackout. CSN Houston, a regional sports channel co-owned by cable giant Comcast Corp. and Houston’s pro baseball and basketball teams, the Astros and Rockets, failed to get distribution on DirecTV and AT&T Inc., leaving half the city’s market without the teams’ games for two seasons.

Backers of sports channels say they are vital to the future of pay television in an era when consumers are starting to drop their connections in favor of more affordable online video services. They provide one of the few types of content that discourage people from cord cutting, they say.

Some industry veterans aren’t so sure that Los Angeles and Houston will turn out to be the Waterloo of sports-TV fees.

“It is a mistake to generalize,” said Ed Desser of Desser Sports Media. “Clearly it’s expensive but a distributor that doesn’t carry sports does so at its own peril.”

Time Warner Cable’s payment for the first year of the Dodgers deal was $210 million. The cable company carried SportsNet LA on its own system, but couldn’t get deals with any other big area providers.

Some distributors say they lost a small number of subscribers because they didn’t carry the channel, but it was a small dent.

The fight between Time Warner Cable and other distributors turned particularly nasty with DirecTV, which reaches almost 30% of the market. DirecTV said Time Warner Cable is trying to get consumers to pick up the tab for a financially irresponsible deal it made with the Dodgers. Time Warner Cable countered that DirecTV was being hypocritical because it owns expensive sports networks in other cities and sells those channels in the exact same fashion as SportsNet LA.

“What we brought to the marketplace was not only fairly priced but in some cases lower than what some of these distributors are selling similar products for,” Time Warner Cable Executive Vice President Melinda Witmersaid.

Even the Federal Communications Commission and several congressmen got involved. In response, Time Warner Cable said it is willing to submit to arbitration to resolve its differences with DirecTV but so far the satellite-TV provider has refused to play ball.

Last week Time Warner Cable threw a bone to fans by cutting a deal with a local broadcast station—KDOC-TV—to air the final six games of the regular season.

The outlook for next season is unclear. Comcast’s pending takeover of Time Warner Cable, a deal under review by regulators, could change the equation. Comcast owns dozens of sports and entertainment channels and therefore has more cards to play when negotiating with DirecTV and others. A Comcast spokesperson declined to comment.

“Comcast will find a way to get it all sorted out,” said Mr. Bevilacqua.