WEB TV, MEET FCC: A slew of companies are looking to disrupt the cable TV universe with Web-delivered TV packages. But just how disruptive companies like Sony, Dish and Verizon can be with their Web TV plays remains to be seen, as the cable business has proven hard to shake up. 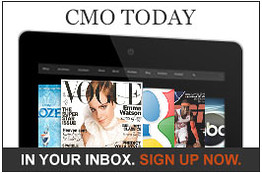 And now they may have a new ally/obstacle: The Federal Communications Commission is considering putting in place rules to regulate these new players as though they are cable or satellite companies,reports WSJ. In some ways regulation could be a good thing for the Sonys and Dishes of the world (and anybody else who tries–like maybe Apple or Microsoft) when they negotiate with Comcast, which won’t be able to play hardball and deny licensing them certain channels. On the flip side, these companies may have to cough up more cash in the form of taxes and fees (this is the government after all). There is a lot to be worked out here, but hey, nobody thought breaking up the cable cartel would be simple.

CABLE ROLLS THE DICE ON SPORTS: Speaking of the looming battles in pay TV, Los Angeles has become ground zero for carriage-fee disputes. Case in point: SportsNet LA aired the now National League West champion Los Angeles Dodgers games this season, but most fans couldn’t actually watch the games, reports WSJ.That is because the network’s distributor, Time Warner Cable, swung for the fences with a nearly $4 carriage fee and could only get distribution in about a third of the homes in L.A. — through its own cable service. Amazing, because usually fan pressure on cable companies leads to some sort of resolution in these matters (recall New York politicians getting involved when fans were missing former New York Knick Jeremy Lin’s ascent because of a similar dispute). But this fight may mark a point of no return for cable fees. “They rolled the dice and lost big time,” Jimmy Schaeffler, head of consulting firm the Carmel Group, said of Time Warner Cable. Or more to the point, SportsNet LA struck out.

SIR MARTIN STIRS IT UP: WPP Chief Executive Martin Sorrell is the head of one of the biggest ad-agency holding companies in the world. And Monday, during an Advertising Week panel, he took the opportunity to conduct his own focus group on the agency business when he asked, “What is it like dealing with agencies?” reports WSJ’s CMO Today. Big holding companies face questions of whether they are being disintermediated as their businesses get more competition from all angles–from in-house media-buying operations to digital creative specialists. Speaking to a group of media vendors, Mr. Sorrell may as well have been asking, “Are you going to go around us?” While several of the panelists pledged their love for agencies, several others provided examples of occasions when it was easier to get things done without agencies being involved. Mr. Sorrell joked that this topic sometimes makes him queasy. Given the ongoing uncertainty in the agency/client relationships these days, he better stock up on Pepto Bismol.

PROVING SPONSORED CONTENT: BuzzFeed and Purina hosted a joint session on the growth of branded entertainment video content that may also have made Mr. Sorrell’s stomach turn. BuzzFeed has helped Purina create a series of cat-themed videos that have gone viral, without any help from Purina’s agency (in this case, BuzzFeed was essentially Purina’s agency). A Purina executive reported that one recent branded video, “Dear Kitten,” drove a significant lift in consumers’ intent to purchase Purina cat food, reports WSJ’s CMO Today. However, when it comes to measuring whether this campaign actually has driven sales, Purina says it might not know for a year, given the limitations in the current data and technology for tracking this sort of thing. Which begs the question: can’t Purina look at the past three months since that video went live, and see if it sold more cat food?

THE ANTI YOUTUBE: You might not know much about Vimeo, but the IAC-owned video platform is big with creative types, filmmakers and action sports enthusiasts. And now Hollywood and advertisers are starting to take notice, every since Vimeo rolled out an on-demand product that lets creators charge for content, while keeping 90% of the revenue, reports WSJ’s CMO Today. But there is a catch. Hollywood is welcome on Vimeo–as the site is starting to invest in more original series. But advertisers–they aren’t a big part of the site, and may never be. Sure, advertisers can post videos and branded entertainment to the site, and some of the art-film-inclined brands are. But Vimeo doesn’t run pre-roll ads and says it has no plans to. YouTube isn’t sweating over Vimeo, given its size and growing advertising clout. But Vimeo could be emerging as alternative platform for a different slice of the growing web video pie. And there is only so much video time in the average person’s day.